Globe defenders love to post this meme. It shows when you zoom in on a basketball, it looks flat.

And that proves earth is a globe! See!

But let’s humor the globists for a moment, and pretend the earth’s shape is like a basketball. First, you would need to put a clipboard on top of it, to represent the Pacific Ocean. It covers 30% of the earth’s surface. 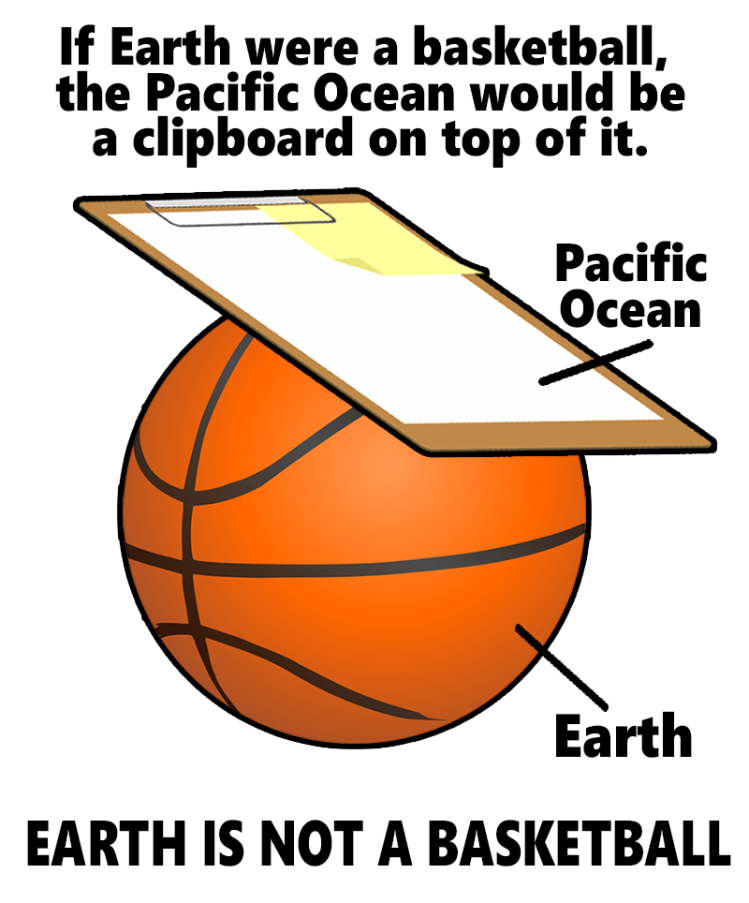 Since all the world’s oceans and lakes are flat and level, you’ll end up with a lot of flat shapes on your sphere. And I don’t mean things that look flat close up, like a basketball, I mean things that are demonstrably flat, like oceans.

That’s why earth’s shape can’t be represented by a basketball. This glober meme is nonsense.

Occam’s razor applies here. The explanation that requires the least amount of assumptions, is that the horizon is straight and flat.

Also, it rises to eye level at every altitude, which would be impossible if it were curved.

Also, Globers debunk themselves when they say we’re too close to the horizon to see the curve, but then in the next breath, they say a ship disappears over the curve. So we can’t see it from 120,000 feet, but we can see it from sea level, aka zero elevation? #selfdebunk

Thanks for reading. When a globe defender posts the basketball meme, feel free to post the clipboard meme.