When people try to defend the indoctrination they’ve received, they get all emotional and abandon logic and reason. A typical glober response to Flat Earth contains logical fallacies. Let’s look at each one!

Anyone who has defended Flat Earth online knows that globers quickly resort to personal insults. There’s something about Flat Earth that inspires rage and fear, and an inability to reason. When a glober’s worldview is touched, he has no other recourse other than to assume the Flat Earth defender is dumb.  They don’t have any proof for Globe Earth, so they attack the messenger. 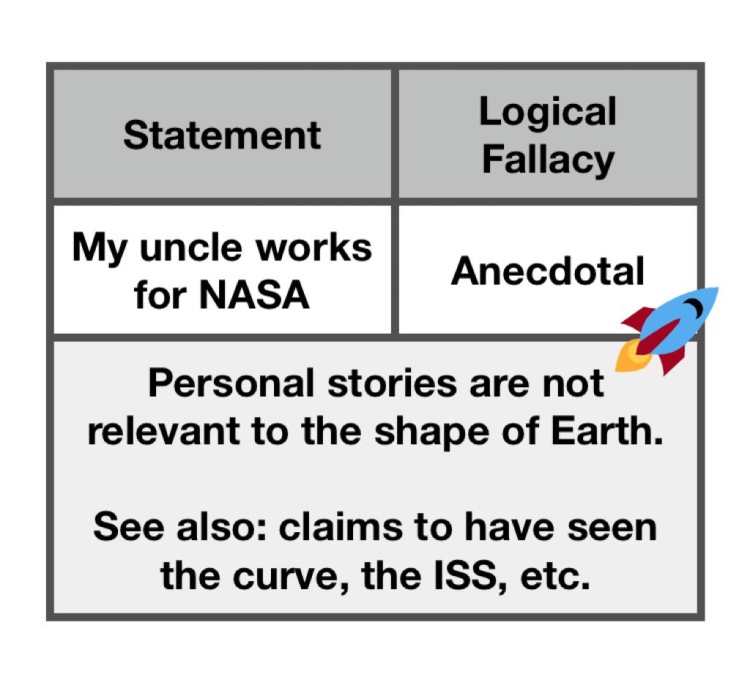 If you hang around shape-of-earth discussions for a while, you meet a lot of people with an uncle who works for NASA, a father who installed the air conditioning in the warehouse where they built the Moon Buggy, a cousin who saw the curve, a friend who sees satellites in his telescope, and on and on. Of course these anecdotal stories have no place in shape-of-earth discussion, but that doesn’t stop people from posting them.

It affects people emotionally to think someone THEY KNOW could be part of a lying organization, but there it is. It messes with their worldview and Cognitive Dissonance kicks in.

Unfortunately, people with science degrees lie. Some of them know they are lying, and some are duped themselves. Flat Earth is so simple a child can understand it. It doesn’t require advanced degrees. And those who would rather trust the word of someone they perceive as smarter than themselves, are victims of brainwashing and intellectually lazy. 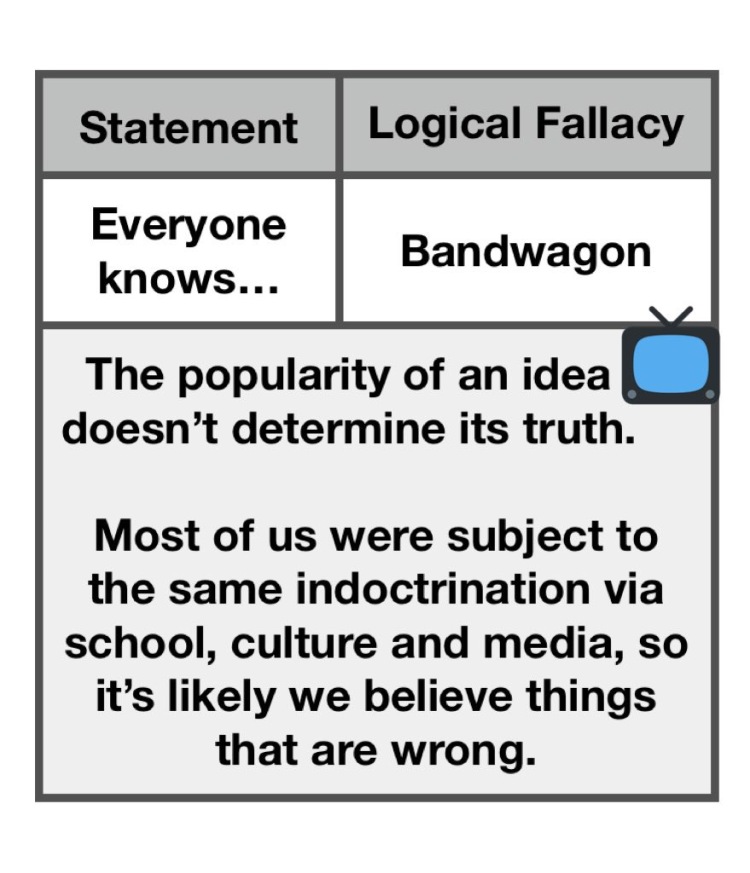 “Everyone knows” this or that. But are they right? From infancy, we’ve all been subject to brainwashing and indoctrination, via culture, media, and school. Some of us begin to question what we were taught. When you look behind the commonly accepted narrative, you begin to see there’s no proof for what they say is true. 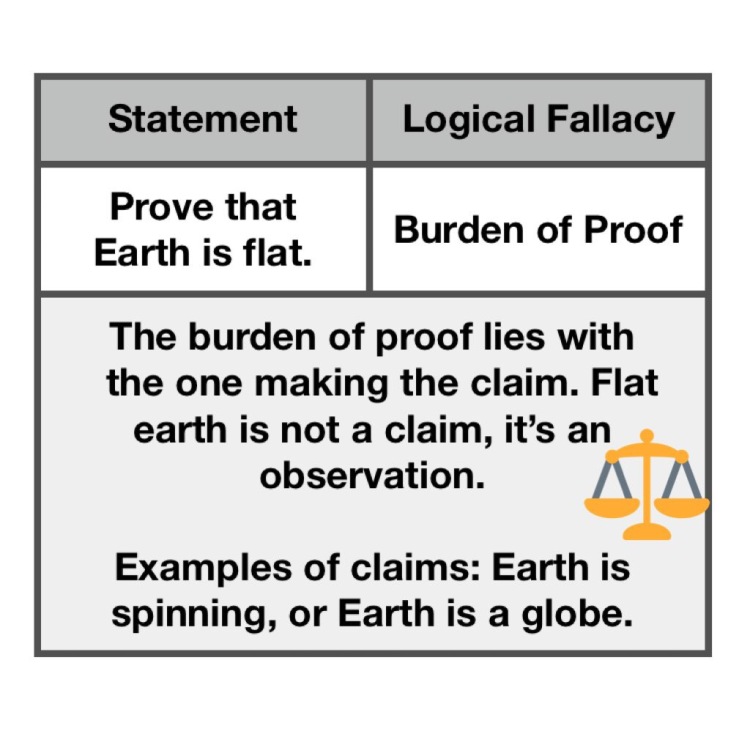 This is a huge one. The burden of proof lies with the one making the claim. Flat Earth is not a claim, it’s an observation. Anyone can go outside and see with their eyes that earth is flat and stationary. We witness it every day. We can tell earth doesn’t move. We can see that it doesn’t curve. We look up and see the sun, moon and stars moving overhead.

But these outrageous claims–that earth is spinning, that it curves, that the sun is 93 million miles away–must be backed up by proof. And they are not.

To avoid looking into Flat Earth, many people consider the number of people who would have to be “in on it,” and they dismiss the idea, thinking the number is too high. But they fail to consider how organizations work, how only the people at the top of the pyramid know the truth. The people at the bottom are not important enough to know.

That’s how ranks work; that’s how every organization works, including the government and  NASA. Fellow traveler @GrandArch104 calls it the Knowledge Differential:

When you attack an argument your opponent is not making, that’s Strawman Argument. Globers like to bring up hoaxes within Flat Earth, such as the time a fake Flat Earther posted on Facebook that Australia doesn’t exist. That was misinformation deliberately circulated to discredit Flat Earth. Please time to learn what we’re actually saying, instead of attacking things no one is saying.

Thanks for reading! Leave a comment and let me know if you’ve had experiences with Logical Fallacies, and which ones you’ve come across.