Flat Earth is growing in popularity, and it’s easy to see why. A flat, stationary earth matches our everyday observation. As NASA reinforces their false narrative with moon landing propaganda, asteroid strike near-misses, and an image of a Black Hole (if you think any of that is real, please stop reading this right now and go back to your Marvel comics), more and more people every day are looking into Flat Earth.

You don’t need any fancy equipment or science degrees to determine the shape of the earth. All you need is a little bit of critical thinking.

NASA’s propaganda is so fake it’s laughable. We truthers often roast the Lunar Lander, and it’s so easy it requires no effort at all. They released this photo of the Lunar Lander, clearly made from paper, aluminum foil, and tape.

It’s a perfect example of Revelation of the Method. The elites wish to avoid the consequences of their actions, so they show us in plain sight they are lying. Then the blame shifts from THEM to US, because they showed us they are lying, and we didn’t pick up on it. See how that works?

What does the Moon Landing have to do with the shape of the earth, you ask? Well, everything. Once you can see they lied about that, you will see that they CAN and DO lie about EVERYTHING ELSE.

Stars are one of my favorite Flat Earth proofs. To understand how stars debunk the globe requires visualization skills. So, if you lack that ability, and are going to reply with, “But the stars are far away,” then just go back to your video games. You’re not ready for this yet.

But if you can think conceptually, please hear me out. We see, and have seen, the exact same stars for centuries and centuries. Ursa Major, or The Big Dipper, Ursa Minor, and Orion, are mentioned in the oldest writings and have been documented for more than 2,000 years. Some of them, like Orion, have seasonal rhythms and are visible at different times of the year. But we see the exact same constellations year after year after year. You with me so far?

If the earth were orbiting the sun, at night we would face 180 degrees opposite from the way we faced six months ago. Because we’re on the opposite side of the sun. And we face away from the sun at night. Still with me?

OK. If that were the case, we could never see the same stars we did six months ago. We would see 100 percent different stars, a completely different night sky. Because in the helio model, the stars do not rotate around the sun.

Many reply and say, “But the stars are really far away!” I’m not talking about distance, so please stay on topic. I am talking about which stars would be visible as we face away from the sun at night.

I hope this helps, but I know people will respond with, “The stars do change!” (No one is saying they don’t have seasonal variations) and my personal favorite, “The Pole star changes every 120 septillion years!” (How do you know? Where you there? Go back to your video games and Star Trek).

The sun is a light in the sky that governs the day, just like the Bible says. It’s not a gas ball 93 million miles away. It is not in the center of our system. Heliocentrism is part of a hoax where they get us to worship Helios the sun god without us even knowing it.

A few questions to ponder:

B) If the sun is 93 million miles away, how do you explain crepuscular rays?

Forget about how they say the moon is 237,000 miles away for a second. Think of how we can see its craters and shadows. If no one had told you it’s so far away, would you think it was far away?

When you look at it, if no one had told you it’s very far away, what would you think?

Thanks to these brilliant pictures by Kasia, we can see the details of the moon. 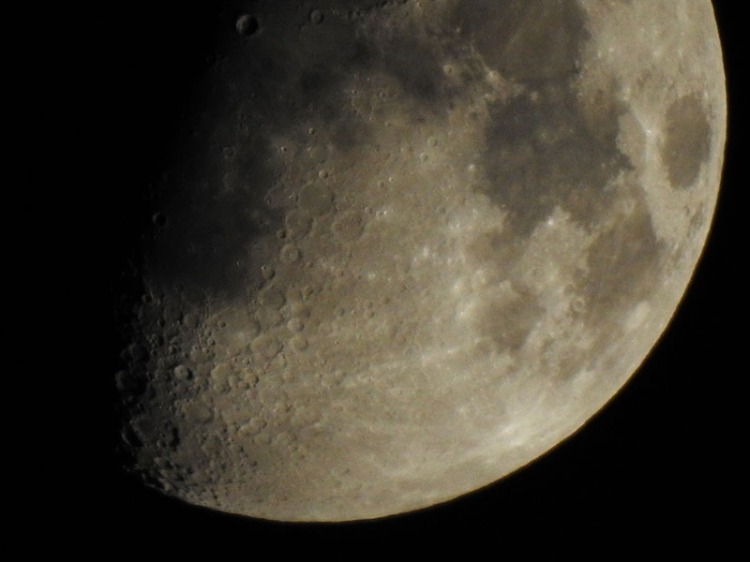 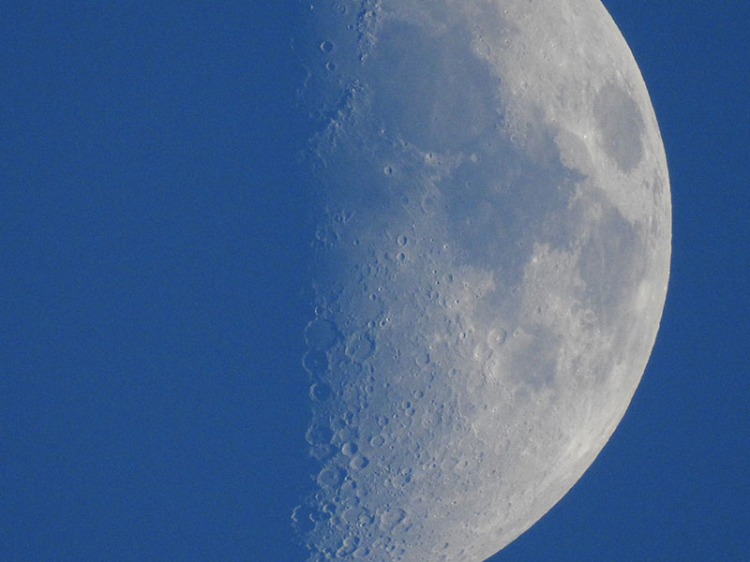 Airplanes prove earth is flat in many ways. First, when you get on an airplane, you can see how the horizon rises with you as you ascend. If the earth were a globe, the horizon would continually drop away from your point of view.

Second, you can see how the horizon is flat and straight from 36,000 feet.

Third, you see how airplanes never have to adjust for earth’s curvature–they just fly straight and parallel to the ground. Many pilots have admitted earth is flat.

Fourth, even the most sophisticated airplane navigation system is based on the humble gyroscope–a little apparatus that maintains a rigid axis relative to the horizon or the ground. This keeps the airplane flying straight and could not function if earth was a ball.

Fifth, they say the earth is spinning 1,040 mph at the equator. But the average airplane flies at about 500 mph. So the runway is moving faster than the airplane?

No. As anyone can see, earth is flat and stationary, and airplanes help prove this.

Landlocked readers may not often think about this, but a lighthouse can send a beam of light up to forty miles. If earth were a globe, that light would be hidden behind a hill of water. It could never reach forty miles out into the ocean.

Water always seeks its level. In fact, water is what we use to determine level. In a carpenter’s level, also known as a spirit level, the little bubble, suspended in liquid,  responds to the slightest tilt, to let us know when the level is perfectly straight. That is, perfectly perpendicular with the ground. The flat, straight, level ground. It wouldn’t work if the ground were curved, see?

And since water covers more than 70% of earth’s surface, we know that 70% of the surface of earth is perfectly flat and level. This would be impossible if earth were a globe. Ergo, earth is not a globe.

4) Earthquakes. A seismograph measures movement of the earth, such as what occurs during an earthquake. Seismographs are sophisticated and can detect the slightest movement. So when the earth isn’t moving, what is happening? Is it at rest? Yes it is. It’s  stationary. Because earth is stationary.

Oh, and remind me again what’s the name of that instrument that detects earth’s wild 1,040 mph spin? Oh that’s right…there’s not one.

3) No Spin. They say earth is spinning 1,040 mph at the equator, but no one has ever been able to prove this. In fact, the opposite has been proven. George Airy, a British Royal Astronomer in the 19th Century, did an experiment dubbed “Airy’s Failure,” because he failed to prove earth’s movement. He put water in a telescope to track the movement of starlight, and he proved that starlight moves while the telescope remains stationary.

2) No Curve. If earth were a ball 25,000 miles in circumference, we would see an 8″ per mile square curvature on the surface of it. But we never see this, nor has it ever been demonstrated by any test, experiment, observation, or instrument.

Even from 120,000 feet, where curve should be visible, the horizon is always flat, straight and level.

1) The Bible. As the best-selling book of all time, backed up by historical and archaeological evidence, claiming to be inspired by God and then proving it by making predictions that come true hundreds of years later, the Bible is trustworthy.

It speaks of a stationary earth that cannot be moved, a firmament dome above the sky, with waters above and waters below. All of this is backed up by observation and science.